PORT-SAINT-LOUIS-DU-RHONE / At the gateway to the Camargue, the urban redevelopment of the harbour basin (40,000 m2) brings into the present a minerality perpetually exposed to sun and wind.

Between the river and the sea, this project was part of the urban redevelopment of Port-Saint-Louis-du-Rhône and its docks. From 2000 to 2014, new physical and visual boundary markers came to outline the length of the harbour (400 m), thereby preparing some of the land for private developers. These pylons direct traffic and views, updating the port’s identity with a minimalist language that resonates with the natural elements and evokes images of travelling. 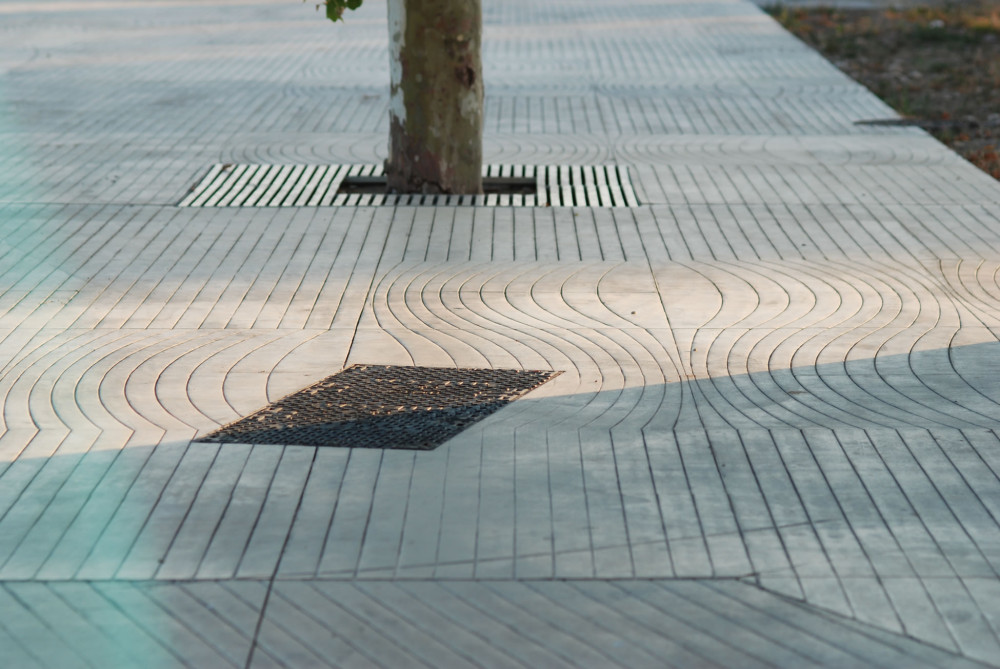 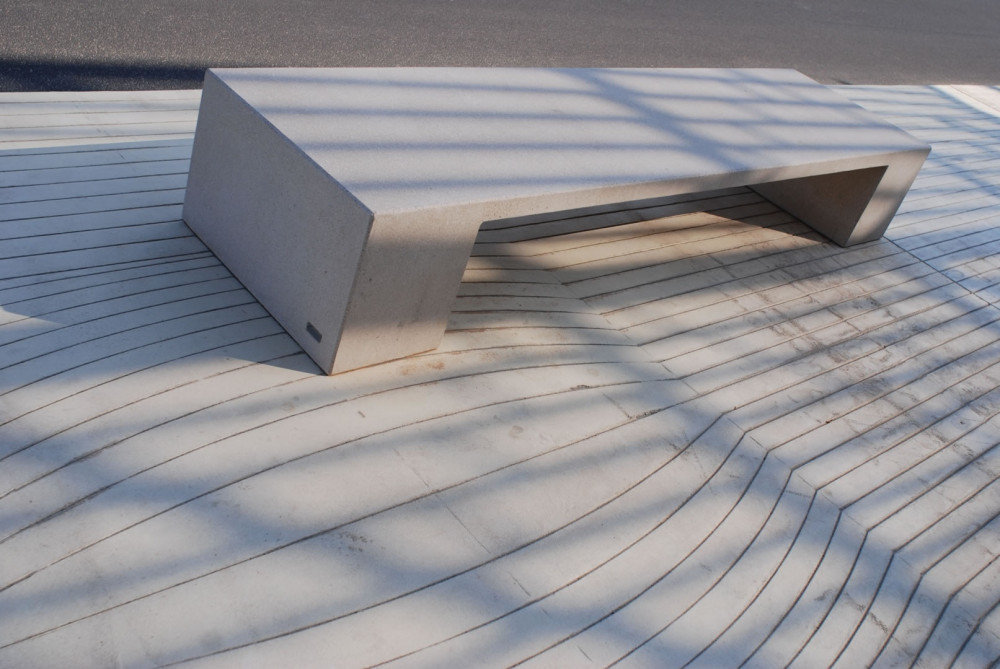 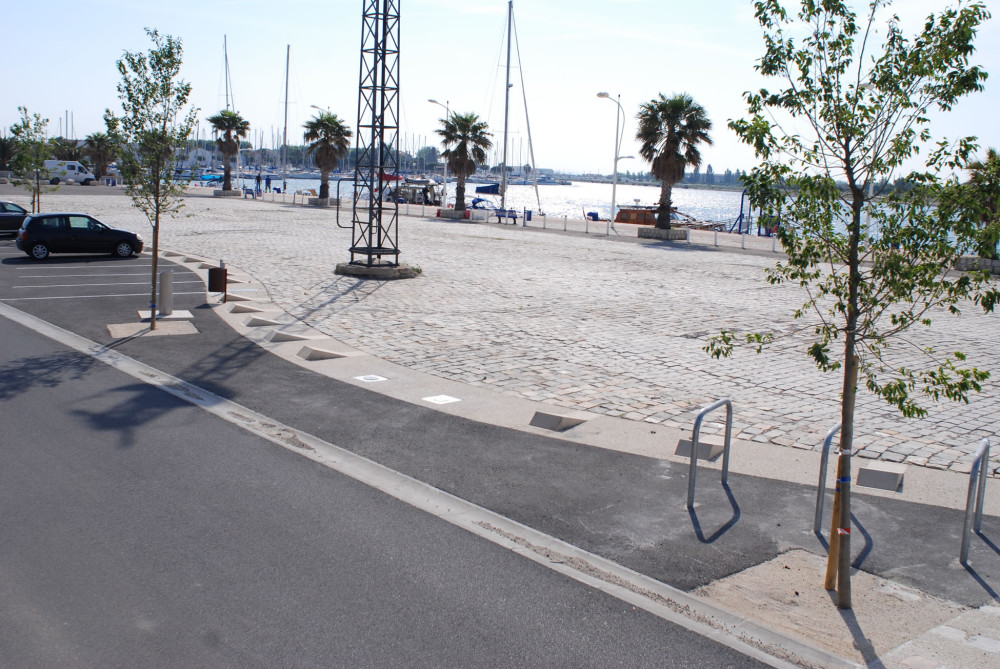 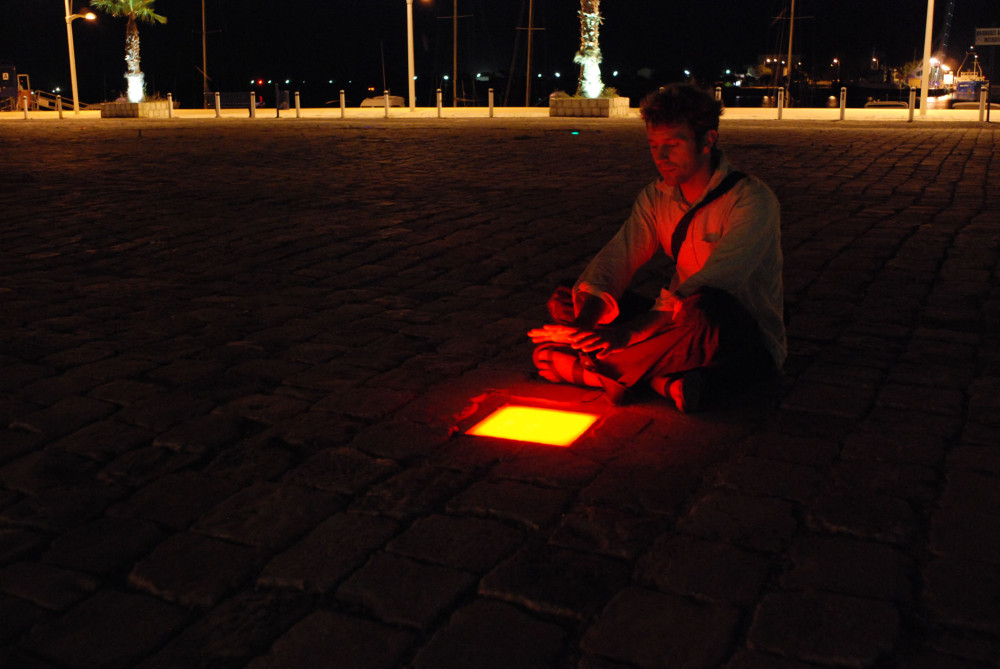 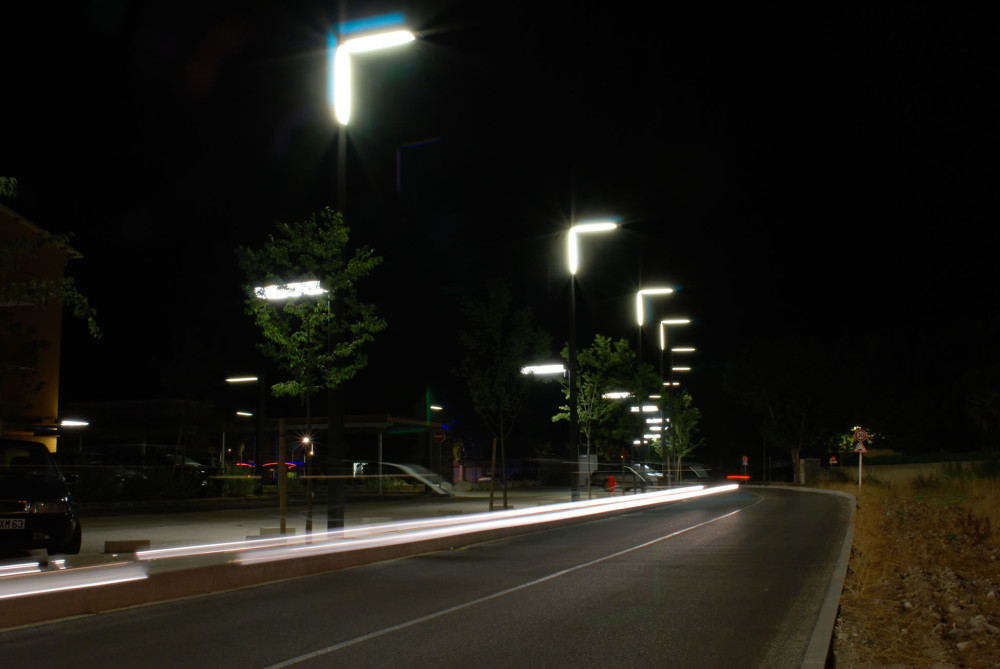 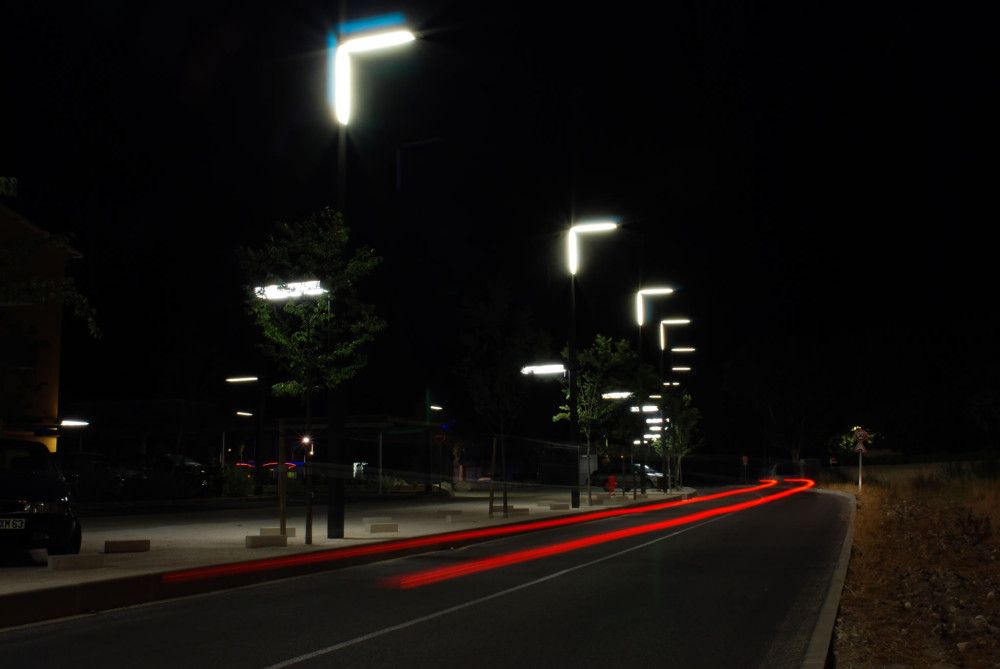 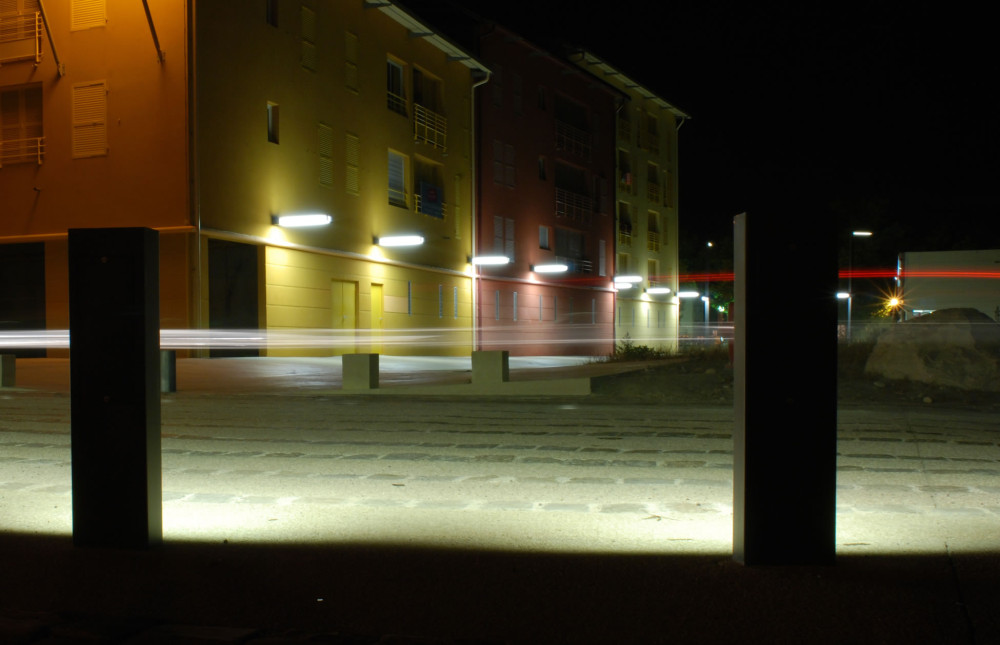 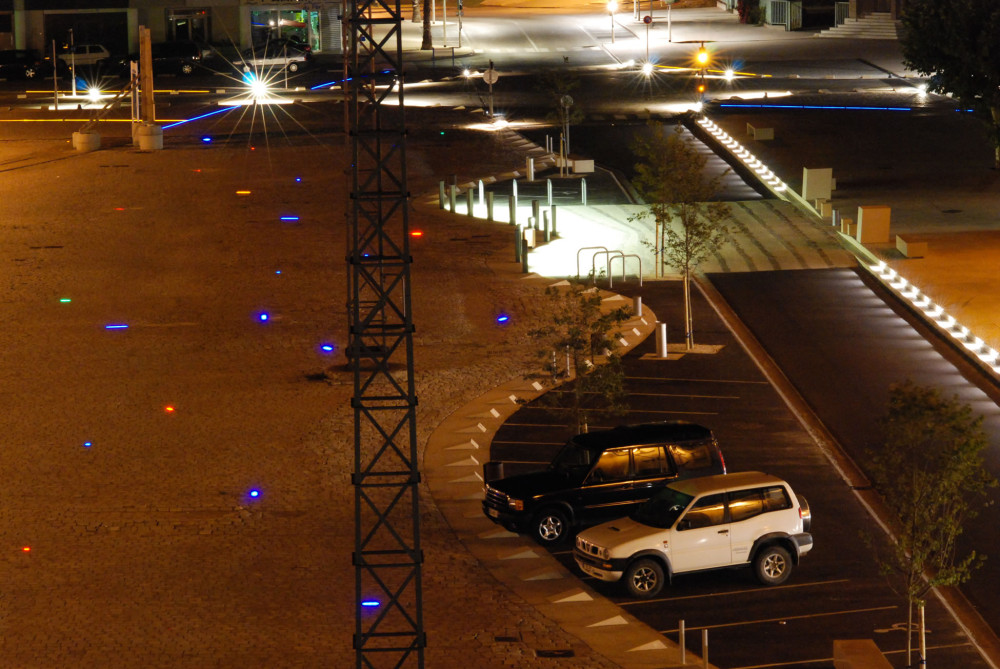 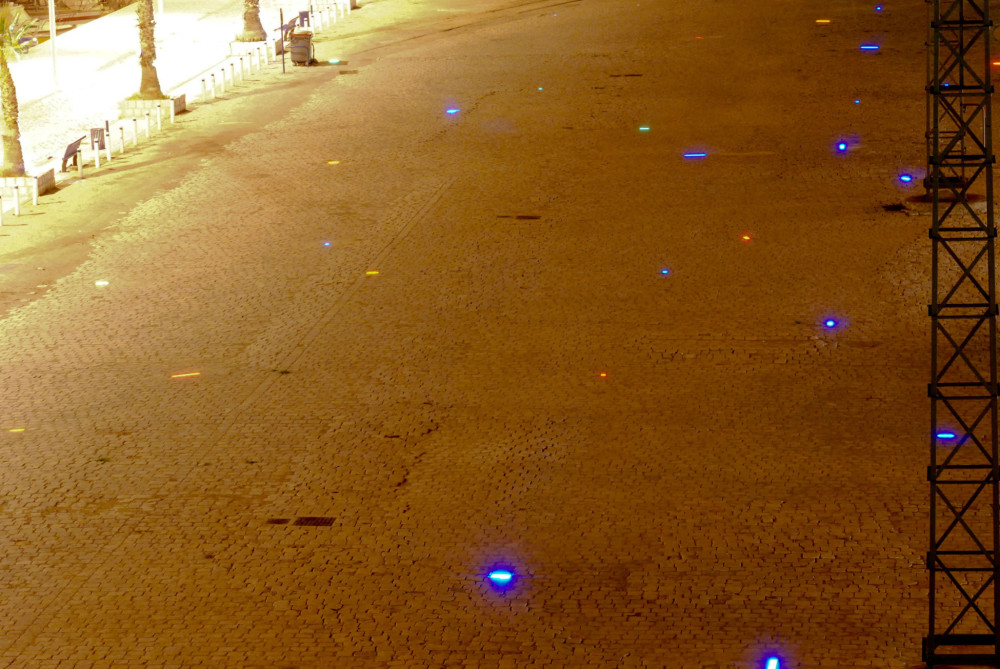 A play of waves. A structuring element, the street stretches along for 400 meters, here through old cobblestones, there through stamped concrete, from the southern edge of the port to the main road, where curves in the street delineate parking areas. The street subtly reappears along the front of residential buildings (private development): the wide pavement is straight but with waves of stamped concrete rolling through sections. This association of materials and punctuating the space animates this public plaza, echoed by the lighting system.

Lights. They were a key feature of the project throughout its three phases. During the first phase (2000-2005), by the François Seigneur and Sylvie de la Dure architecture firm, artist François Morellet set the tone of the west wharf. The following phases, designed by Fluor Architects, were composed as two parts: the lighting that forms lines with the sconces on building facades, and corners as the hoisted masts create a cocoon-like tunnel in the traffic area. Bright and colourful LEDs sprinkled throughout the pavement bring the floor to life.

Circulation. In addition to the lighting system, the layout of street furniture maximizes the careful attention given to pedestrians. Streets, lanes, and intersections are organized around the boardwalk. The large pedestrian plaza remains accessible for events (markets, occasional entertainment) through a system of retractable pylons, while the renovation of the dock cranes and train rails dialogues with the modern street furniture.