COLMAR HOUSSEN / Located within 215 hectares bordered by motorways, this ‘other world’ transports a summer day-tripper onto the playful and bare stage of a vast seaside theatre.

The challenge: at hundreds of kilometres from any coastline, on a former gravel pit bounded by a motorway (A35, called the “storks” section of the road), a national highway (RN83), and a business zone, to create an attractive beach and, in the off-season, to mark the landscape with a powerful architectural statement.
What could be more fun than a stage? That was the decision taken for this recreation area, with its spaces that are both literally and figuratively public, and its archetypes. Playing with their scale reinvents the familiar and renders them extravagant. 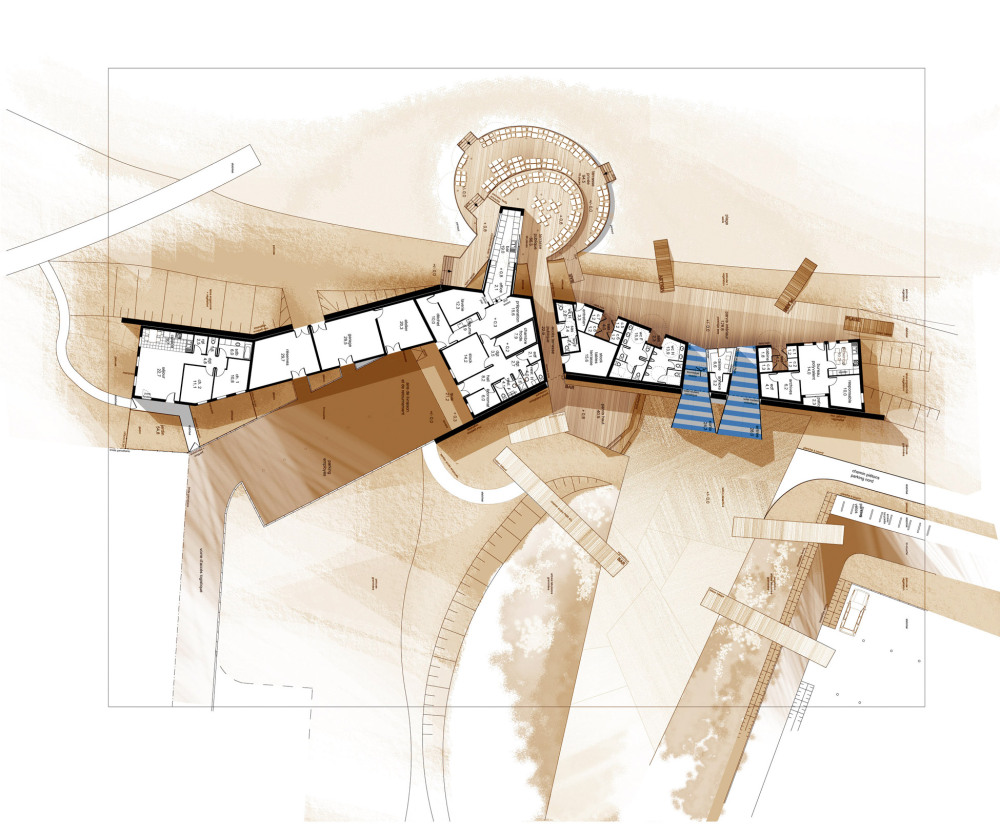 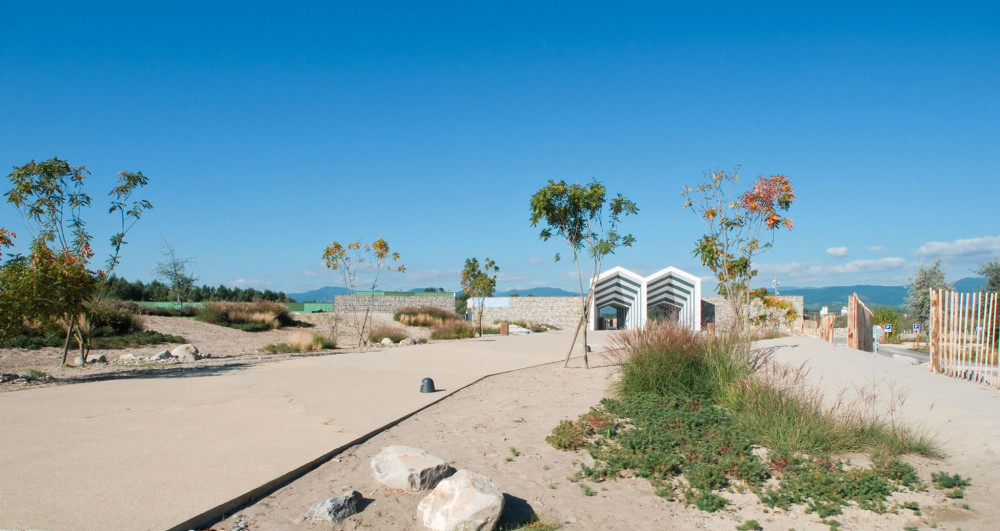 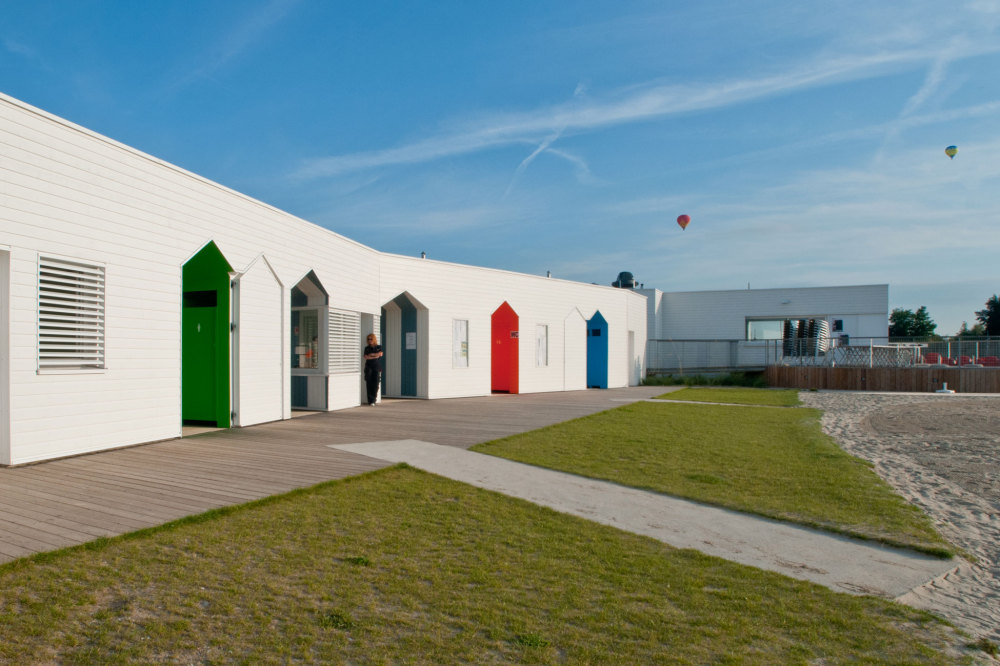 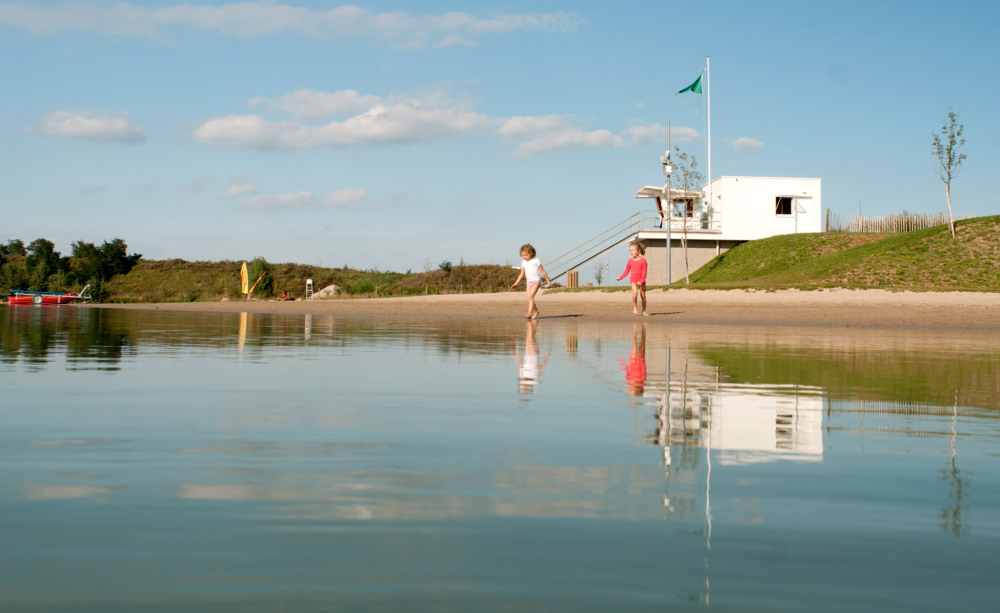 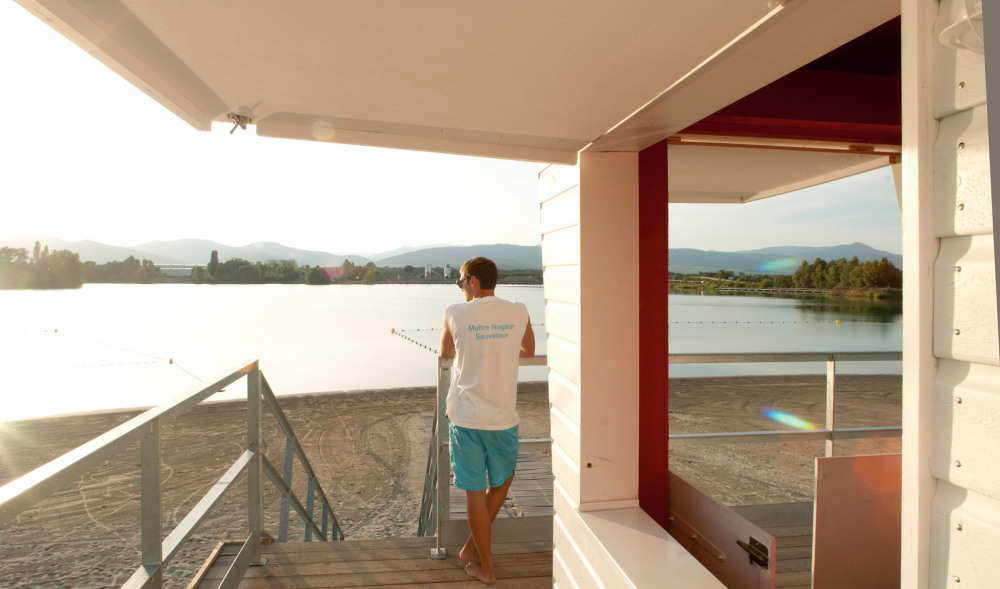 Landscape and change of scenery The landscaping, entrusted to Villes et Paysages, sets the stage in unison with the architectural style: entering and moving through a beach park triggers an instant change of scenery beneficial for the visitor as well as for the staff. When walking along the promenade from the car park towards the beach or on the walkway, the rhythm of barriers, borders, and terraces of vegetation integrates the architecture into its environment and generates a feeling of intimacy, sheltered from outside surroundings.

Skits in costume. The swimsuit is the costume in which people play at uncovering themselves to the other. The quintessential space for looking and for appearance according to sociologists and anthropologists, the beach becomes a theatre that the design brings to life, by offering a stage (playgrounds), a backstage and dressing rooms (parking lots, changing rooms, toilets), control rooms (cashiers, offices, staff housing, first aid), terraces  (passageway, restaurant), and of course, scenery!

A slight double-take. Huge beach huts as a gateway on the front entrance, clouds of parasols forming a canopy over the patio, primary colours in a bold swaths and stripes, canvas, and wooden planks … the architecture makes use of icons (volumes, lines and materials) that draw their evocative and unifying power from the collective imagination of the northern European seaside. Turning these common symbols upside down reinforces the playful identity and specificity of the space. Yet, their sobriety prohibits the area from falling into pastiche and ensures the beach park remains an important aesthetic reference in winter.