REFLECTIONS / At the dead-end that became the entrance to the Enclos St. Césaire, a mirrored wall (80 m2) . . .

… creates an illusion of perspective that extends the natural east-west orientation of the building beyond the high wall. It floods the courtyard with unprecedented light, filtered through the canopy of hundred-year-old plane trees that split the optical effect into two. Its brilliance dialogues with the matte whitewash on the facade. And as the ultimate effect of the illusionist, the mirrored wall conceals the electrical circuit breakers and storage space (one per level)—as functional as they are invisible. 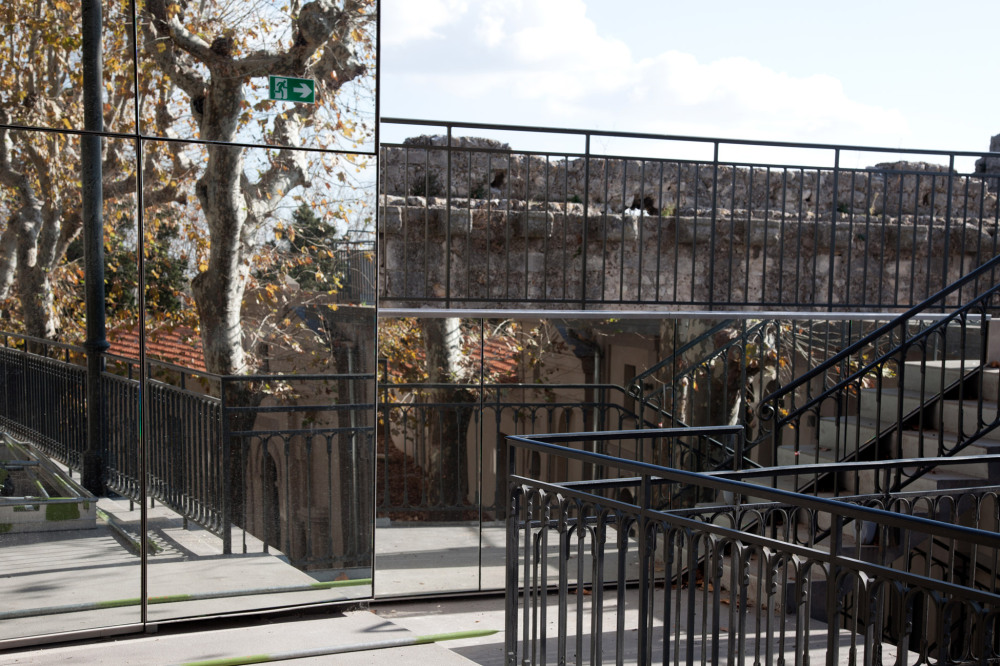 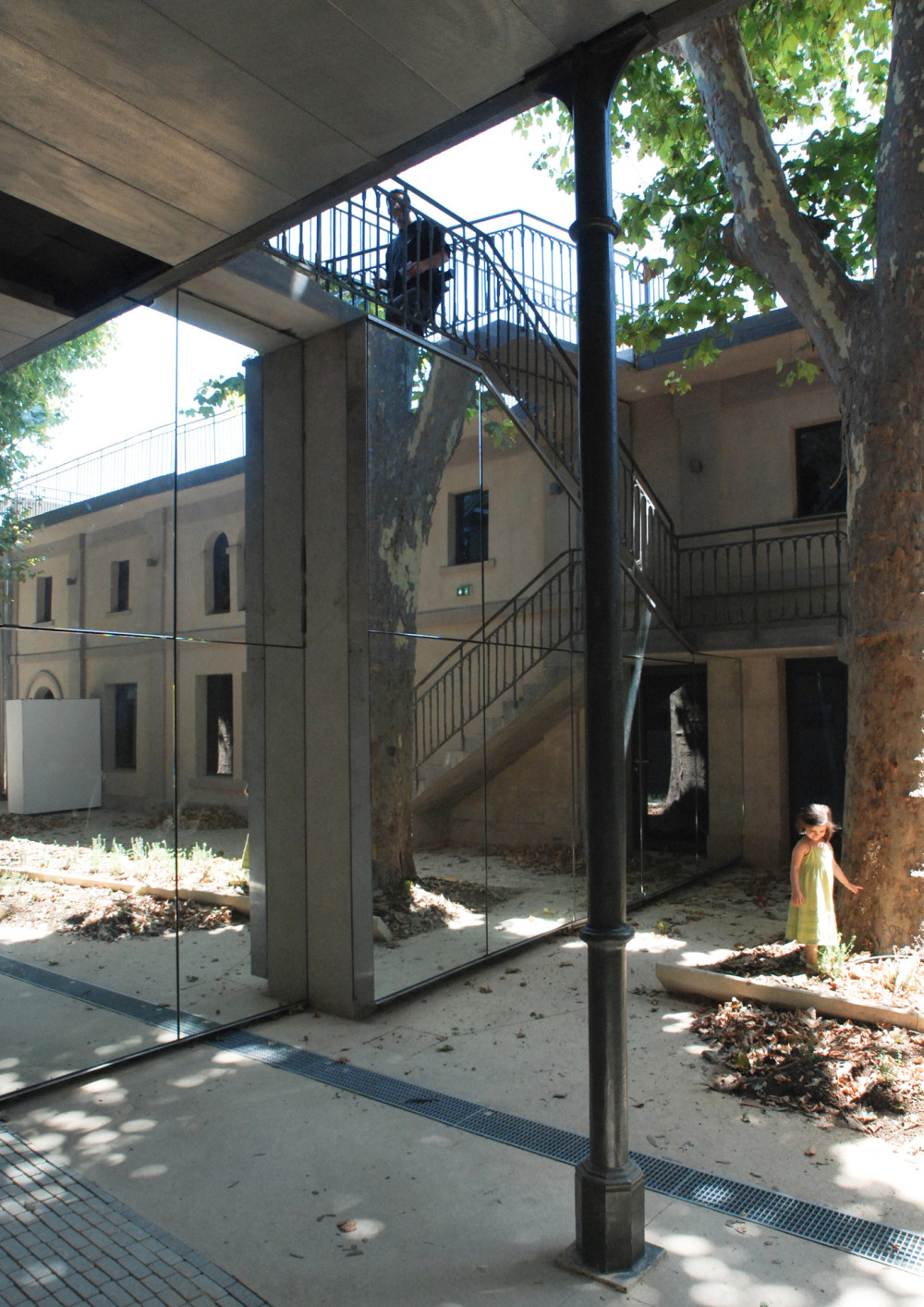