ARLES / The complete renovation of a former private mansion in Arles exactly responded to the Foundation’s desire to bring  a contemporary perspective on the work of Vincent van Gogh to life.

A completely original artistic project – to summon the genius of Van Gogh through the works of twentieth and twenty-first century artists. A historic place – in the heart of an area painted by the master and listed as a UNESCO World Heritage Site: the 2,400 m2 of the Léautaud de Donines mansion, built in the fifteenth century and held since 1924 by the Bank of France. And finally, the technical specifications demanded by the most prestigious museums. Faced with these requirements, this renovation and extension was organized around another major character: the particular light of Arles, so dear to Van Gogh. 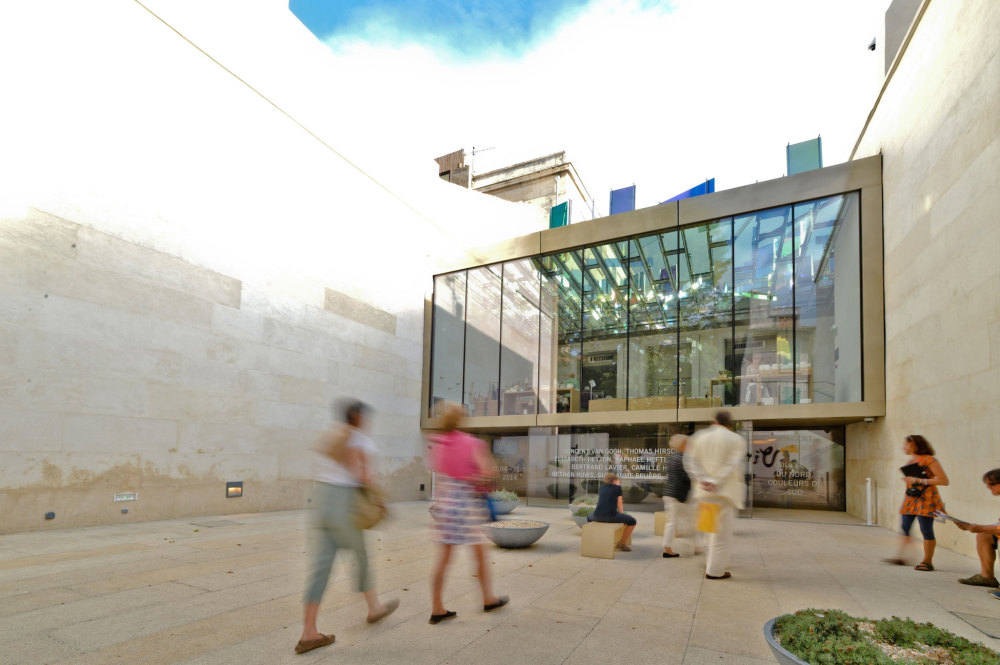 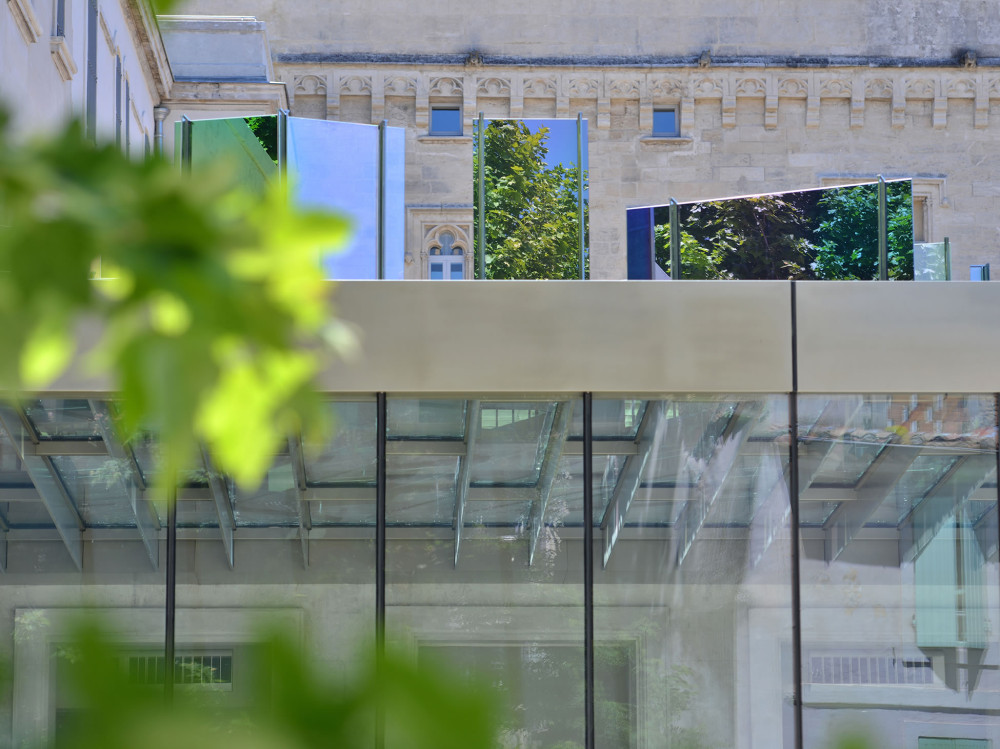 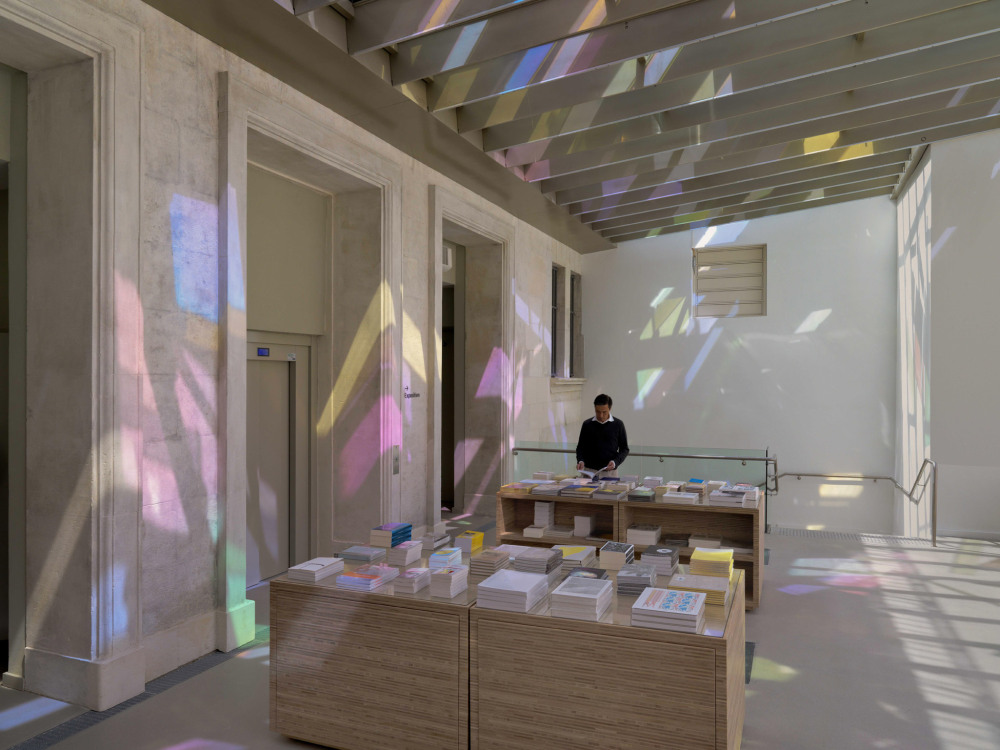 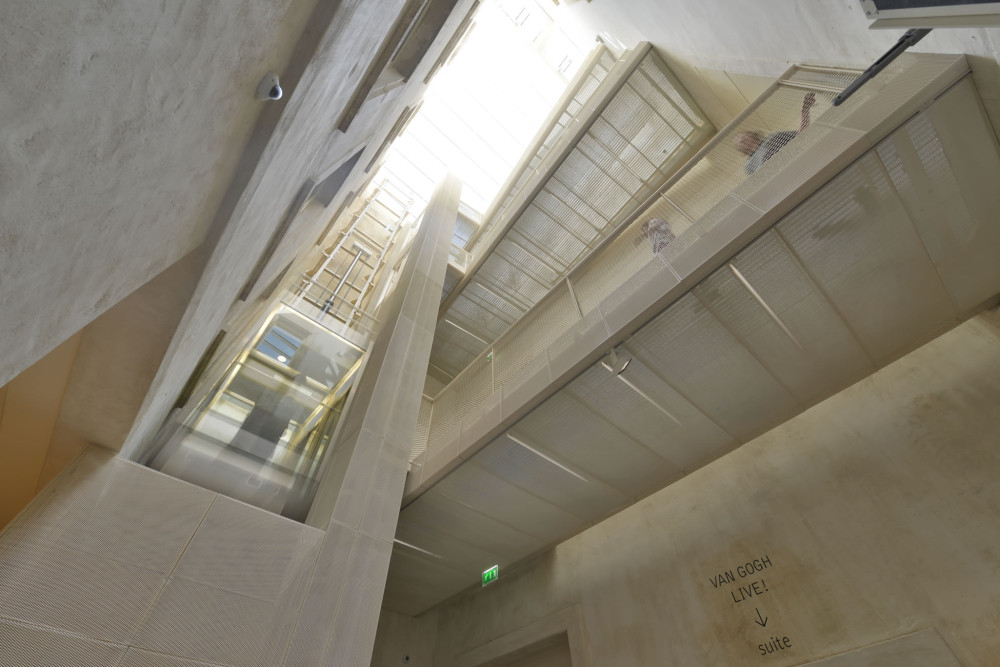 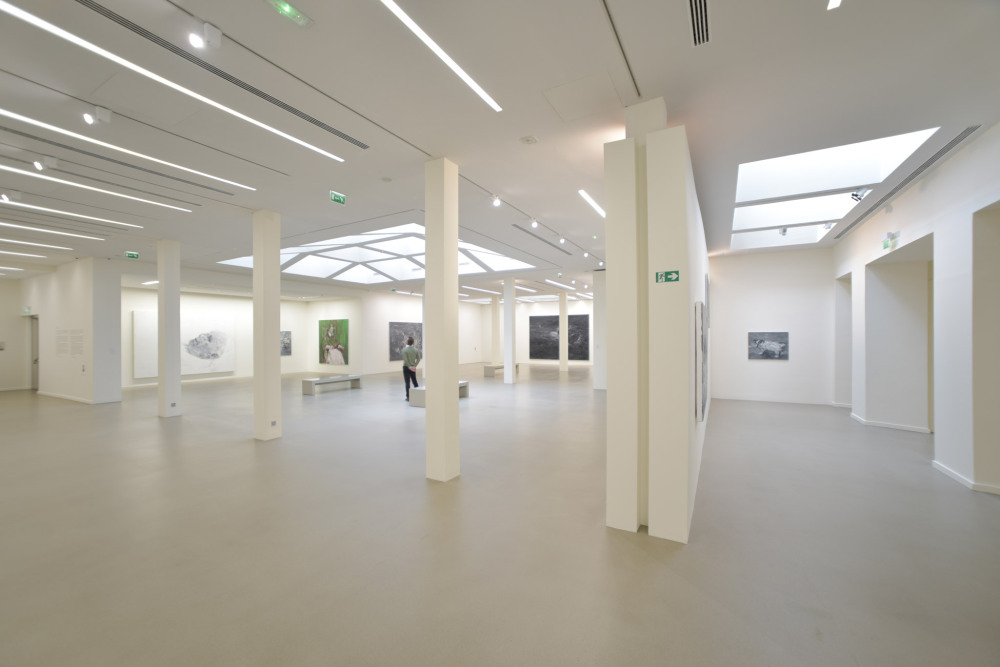 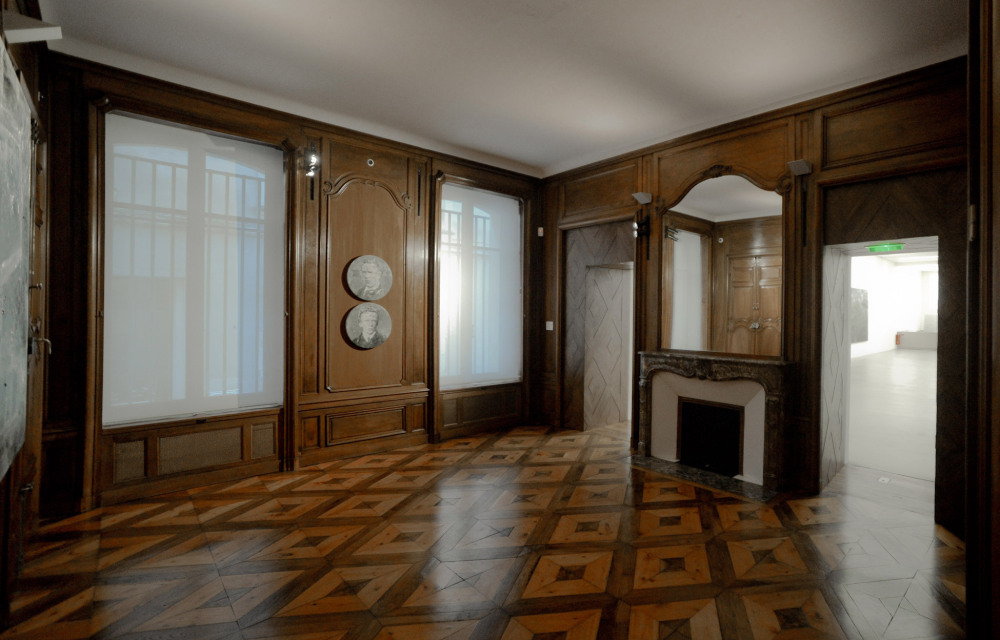 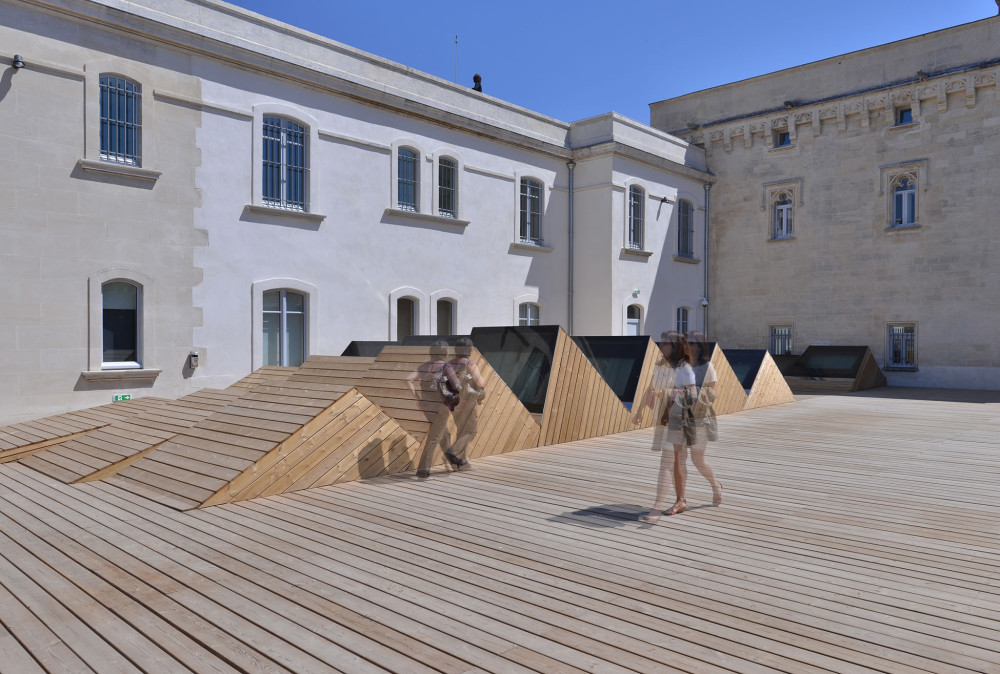 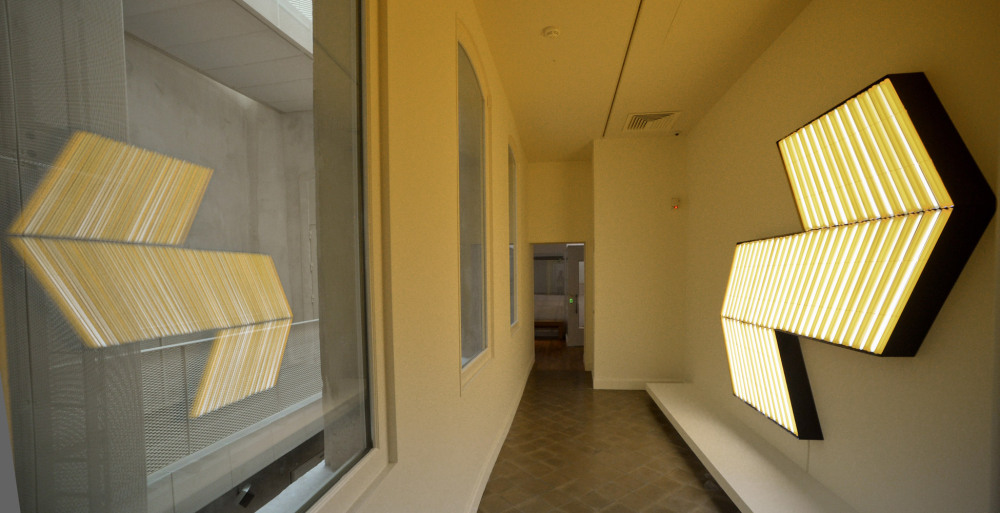 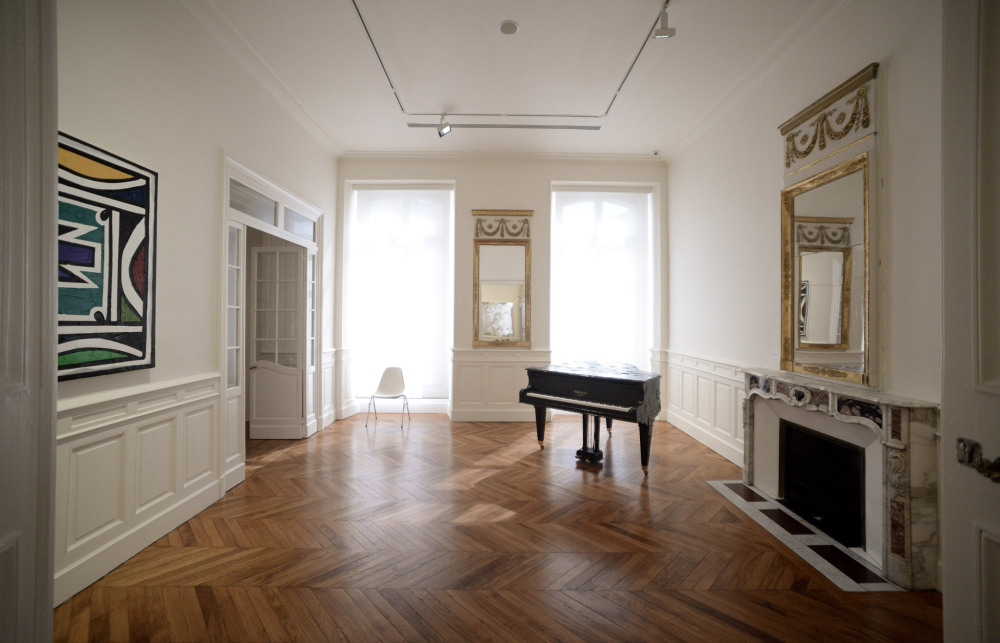 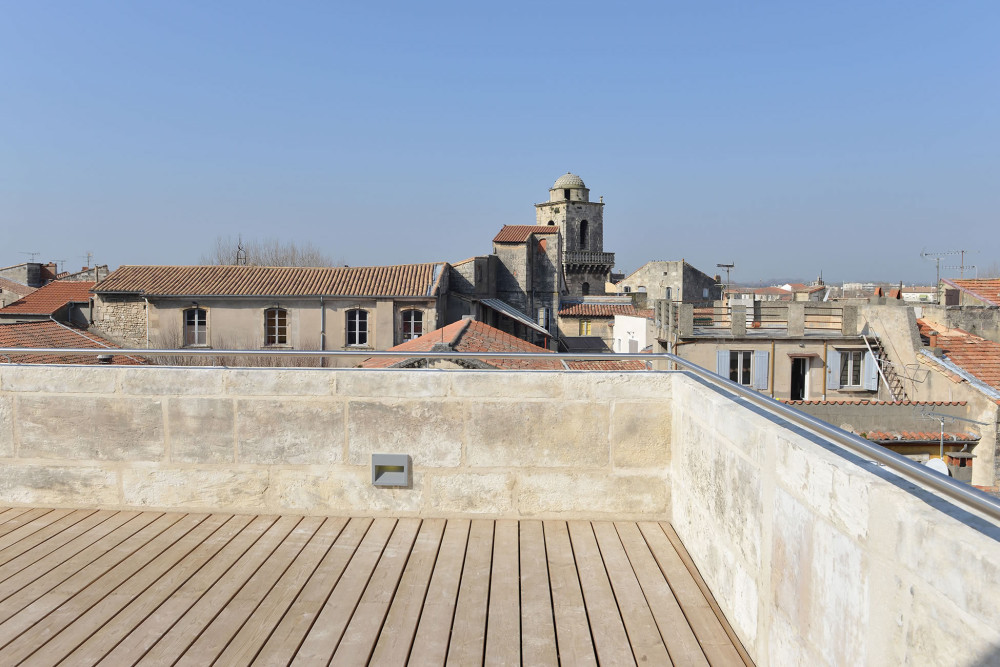 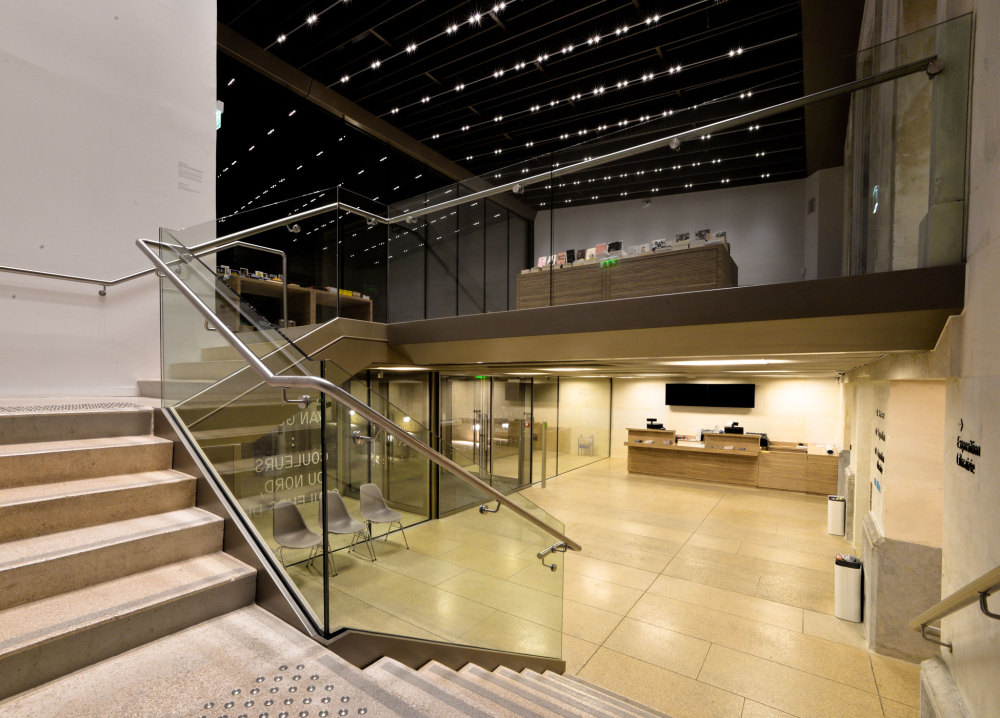 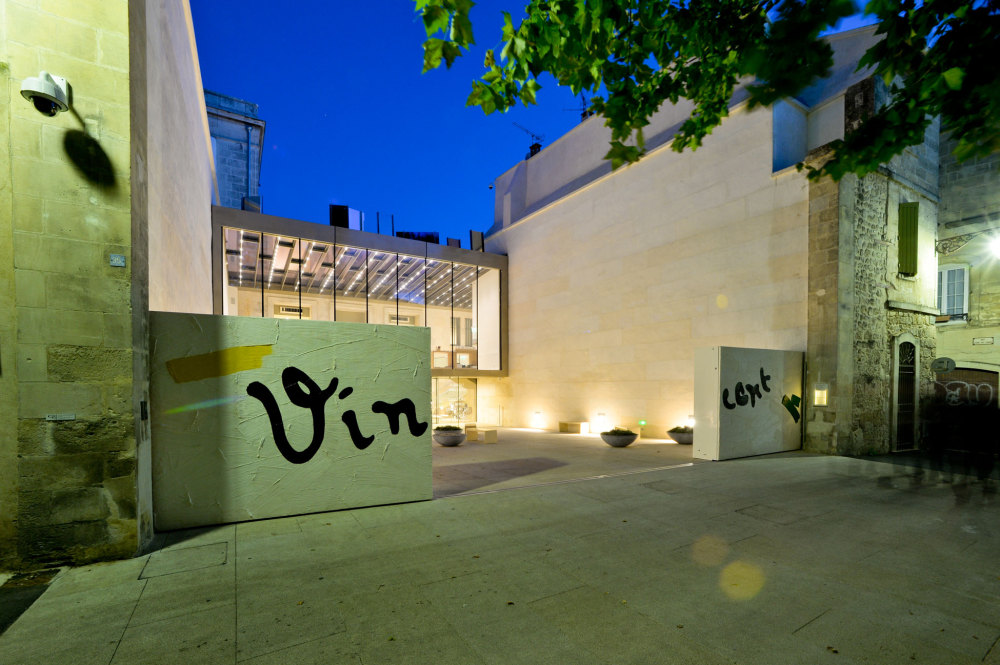 Exchanges. The architectural project tapped into the core of the Foundation’s artistic mission: to create exchanges. Starting with the conversations between Van Gogh – (absent from the collection but the light and the site of Arles make him the vector) – and the artists: those of the collection, those invited to expose, and those artists who created works in harmony with the building: Bertrand Lavier with his sliding entrance wall, Raphael Hefti, with his coloured glass sculpture on the roof of the bookshop, and Fritz Hauser, who created the stairwell.

Topographies. Natural daylight, the famous light of Arles, guides the reorganization of exhibition volumes and space (1000 m2), designed with exceptional modularity to best serve the works of art, and in rigorous relationship with conservation requirements. Throughout the visitor’s experience, there are colourful projections on the immaculate walls of the reception area and gift shop, an extension of the glass above the entrance in the courtyard.

Skylight openings in the large exhibit hall transmit a structure created on the rooftop terrace: 20 sheds arranged in five rows of three, each oriented according to the path of the sun. The other rooms and offices are lit by a pre-existing tubular daylight and the whiteness of the limestone that has rediscovered its centrality.

Finally, there is the direct daylight from the open sky on the cascading terraces arranged to sketch out a variety of landscapes: from the intimacy of the first floor to the roof, where the panoramic view is revealed, this view that marks the building in its relationship to the city and its surroundings, and in doing so, as Guillaume Mansart states, its relationship to the history of art.

Jewel-box. To attract, house, protect, and promote the most coveted works of art: the ambition of the Van Gogh Foundation describes the technical stakes of the project. With the support of the Van Gogh Museum in Amsterdam, which consulted and assisted the general contractor on issues of security, safety and conservation, this renovation incorporated international museum standards to create a jewelled display case able to convince the most demanding and prestigious art lenders.